Getting the best clit sucker vibrators is a sound investment. Clitoral suction vibrators have taken the world of clitoral vibrators by storm – and for good reason! Most of these toys are based on air suction and create a sensation of receiving oral sex. Like getting head? Get a clit sucker!

These toys are designed to stimulate the clitoris but often are “no contact”. They don’t necessarily have to touch the clitoris, though they will usually cover it to get that suction effect going.

Clit sucker sex toys could very well be the best head you ever had. They are remarkably good at eliciting orgasms – and very quick at that too. Yes, I said orgasms, which denotes multiple, as in, lose count but keep going until you can’t anymore. Some parts of this statement may or may not have come from personal experience!

Before we go on, I should point out that these vibrators have undergone change, and continue to evolve. Some, for example, have ditched the air suction to pick sound waves as the primary medium. Yet, they continue to be largely subtle with deeper sensations and on the premise of delivering fuller, satisfying, orgasms.

The Best Of Clit Suckers To Look At

Top Clit Sucking Toys For You To Consider

This is an interesting system and one that’s been quite well executed. Although, those who prefer to keep complete control might not be too enthusiastic about this feature. 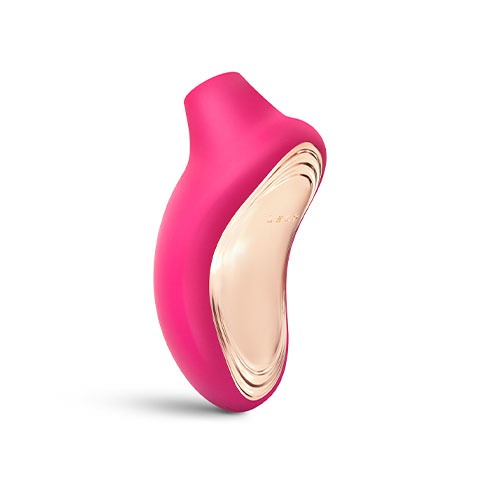 Non-contact clitoral vibrators are the next best things since, well, vibrators. They might have some raw power, but they certainly have the power to bring on the most intense orgasms. Lelo Sona 2 Cruise is a perfect specimen of the capability of these vibrators to illicit orgasms, and do it quickly!

Its sleek, elegant design would be an excellent recommendation. However, Dame Aer ups the ante with excellent performance and lovely sensations. Dame really wants to get into the feel of oral sex. It does so not just by mimicking the suction of a mouth, but also the flick of the tongue. That little change makes a world of a difference.

As for its specifics, this suction toy is waterproof, has five intensity modes and five patterns, and has its body covered in high-quality body safe silicone. It is rechargeable and delivers decent playtime after a full charge. It’s also on the expensive side of things, so the construction quality makes total sense.

Satisfyer Pro 2 is amongst the best-known clitoral sucking vibrators available. It’s well-made, strong, and wonderful at delivering the big O. Made mostly from plastic, the Satisfyer Pro 2 has a silicone covering over the head. This is the area that would come in contact with your body. 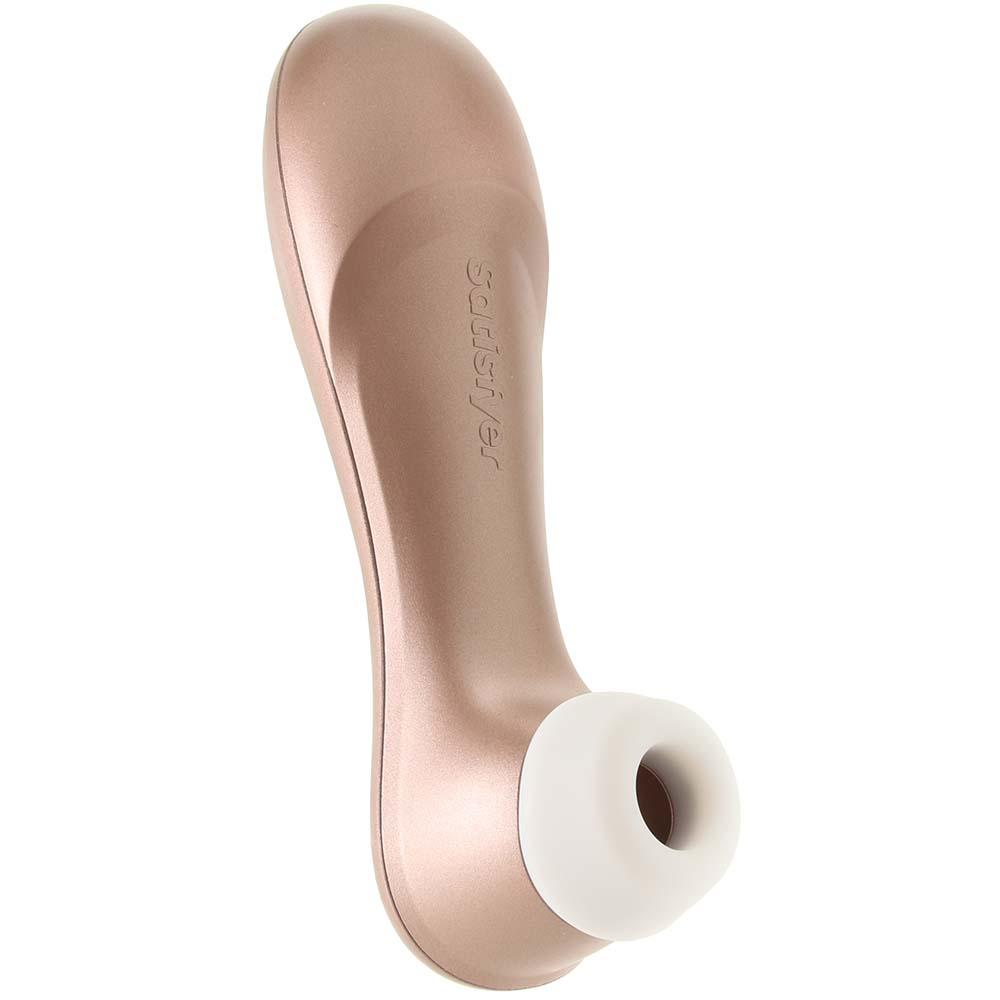 A re-imagined version of the famed Satisfyer Pro 2, the Next Generation combines a silky scooped silicone treatment tip with eleven modes of undulating Pressure Wave suction, a waterproof design and convenient re-charge potential.

Look at that cute Cuddly Bird! This clit sucker is definitely true to its name. Its body is made from silicone with flowing ribs and ridges on one side. At its top is the opening for its suction duties. It’s also squishy and soft, which makes it feel all the more better.

Controls are placed at the bottom of the Cuddly Bird. One gets the suction mode going, where it works as a classic clit sucker. Move to the vibration set and the ridged side gets in on some vibration action, should you be in the mood.

The squishy, soft silicone absorbs some of the vibrations, so they aren’t exactly strong. But I’m not complaining – maybe that’s because I find this squishy soft sex toy to be very adorable. It comes with a wireless charging base and has decent power and battery life.

It does have its negatives as well. The Bombex clit sucker is louder and can feel slightly noisy. It also has questionable longevity, which I assume is a tradeoff for the affordable price tag.

This clit sucking toy comes at a relatively low price and yet manages not to sacrifice its quality – and more importantly, its potential to pleasure. You’ll find 10 modes here, suited for various power and pattern needs. The body of the toy is wrapped in silicone, so it’s non-porous and body safe.

While this clit sucker can certainly do its job, it doesn’t have the same power and flair you’d find in other vibrators on this list. That could be attributed to the budget pricing, so there’s that. It’s also a bit on the noisier side of things, so that’s something to consider before buying it.

Overall, I’d say this is a good sex toy and an excellent value for money. But, if you can, I’d recommend shelling a few more bucks and getting a better clit sucker. Womanizer PREMIUM 2 with the original Pleasure Air technology is Womanizer's most luxurious creation yet – truly the Prada of sex toys, the ultimate toy for women who are looking for more than just another device to play with. With more intensity levels than ever before and an improved Autopilot function to take you on new, unpredictable adventures, PREMIUM 2 is the purest pleasure at the highest quality.

There can’t really be a discussion on clit sucking toys without the mention of Womanizer. The company was amongst the first (if not the first) on the clit sucking toys scene and continues to make some of the best clit suckers. Despite the bad choice in naming, for which we can dislike the company, its sex toys really can stand on their own merit.

You get access to 12 intensity modes, which are easily accessed and managed through a conveniently placed control panel. It’s quite a pleasure starting at the lowest intensity and then picking up the pace to be more pleasurable. And pleasure it does deliver! The womanizer will bring waves of pleasure and the toe-curling orgasm we’ve always wanted.

Womanizer Premium has some interesting technologies woven in. It’s generally silent in operation and still takes it a step further with the “Smart Silence” system. The toy only whirrs into action when it is in contact with the skin. Take it away, and it goes silent and into standby mode.

Autopilot is another interesting feature. Set the clit sucker to this mode and it will skillfully cycle through various intensities and patterns to create a wonderful bouquet of sensations. Definitely a unique and interesting approach.

The simple, minimalist looks of the We-Vibe Melt give it something of a distinguished appearance. However, this sex toy is an absolute beast under the sheets. There are 12 intensity levels on the Melt, but I don’t think it really knows what low intensity means.

Even the lowest setting is fairly intense here. That could generally be a plus, but if you are sensitive, that might be a bit too much. It is also somewhat loud – not very loud, but something to be concerned about if you don’t want sound leaving your room. 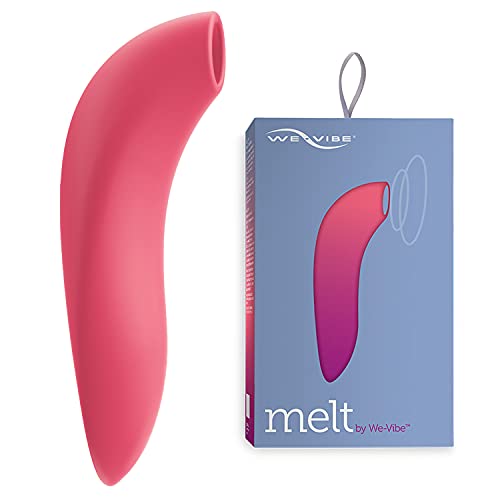 You and your Melt can reach new heights of pleasure with Pleasure Air technology. Pleasure Air surrounds the clitoris with pulsating waves and gentle suction, with 12 intensity levels that let you find the perfect sensation.

It’s got an excellent build quality and the suction technique to love. What it gives up are some features like Autopilot and Smart Silence. While those are useful, they aren’t indispensable. So, the Liberty is an excellent toy in its own right. Lubricate And Then Lube Up Some More

It’s always a good idea to use lubricants with sex toys. Even more so when using clit suckers. Being generous with lubricant means that when you place the toy head (nozzle) against your body, it can form a good seal with the lubricant.

That creates a nice section for all the pleasurable air pulses and variations to reach your clitoris. It’s the surest way to get more out of the sex toy. Equally important, using lube dramatically reduces the risk of discomfort. Believe me, you don’t want the sex toy tugging at your clitoris without the benefit of a lubricant forming a protective layer.

Use It On Other Erogenous Zones

Suction vibrators are versatile toys. While they are built for action on the clitoris (and are mighty good at it), don’t forget to use them on other parts of the body as well. They’re pretty good for use on the nipples. After all, the suction effect does have a pleasurable sensation for nipples too!

There’s always room to experiment and figure out what works best to your likings and preference. A bit of experimentation is always a good idea.

Foreplay is always a good idea before getting down to business. You can ease yourself into the act and get a more satisfying and pleasurable climax. This applies to all scenarios, whether you’re doing it solo or with a partner.

Take your time to get into the mood, play a bit, and enjoy the experience. Sure, it’s a sex toy, but that doesn’t mean you should stick it there immediately. In this scenario, the journey is as important as the destination.

For all their qualities at eliciting orgasms, the clit suckers are generally designed to mimic oral sex. And therefore, a good component of your pleasure depends on how much you actually enjoy oral sex. Those who don’t like oral sex might not find pleasure in these sex toys.

Always put body safe toys first. Most modern quality vibrators use a material like silicone. That’s because silicone is non-porous and body safe. It’s easier to maintain and doesn’t pose health risks to the user. But it can be expensive, which is why it’s usually seen in the expensive sex toys. While some cheap ones also claim to have a silicone body, healthy skepticism is a good approach.

No two bodies are the same and that becomes very clear with the use of no contact vibrators like these. Since the nozzle is supposed to engulf the clitoris, it’s only logical to want one that can do the job with relative comfort.

Finally, don’t underestimate hygiene. A sex toy should be cleaned before and after use. Sex toys that are made from non-porous materials and are waterproof are easier to put through a thorough cleaning. If you’re using a toy with removable nozzles, remember to carefully clean around and under the nozzle.