All that hype about G-spot is nice, but let’s not forget that the clit can work wonders. Research says that most women need clitoral stimulation to reach an orgasm. So even if you are using one of those very nice g-spot vibrators, chances are, you will need clitoral stimulation. If not for the sake of orgasms, then for reaching a stronger, deeper climax. Thankfully, there is no dearth of options, especially so if you are shopping online. That also brings questions, like which is the best clitoral vibrator for me? Check out this list and find one that fits your needs!

Getting To Know Clitoral Vibrators Better

Options have kept up with the variety of vibrators available, and you can find vibrators that are hands-free, remote controlled, USB rechargeable, phone app controlled, and a more! In short, the market has a bewildering array of options available for when you want some fun with your clit. We have come far beyond pillow humping, although it still has its own allure!

Wired vibrators draw their power from the mains and can be delightfully powerful. Wireless vibrators sacrifice some of that power in favor of using batteries and getting rid of encumbrance of wires. Plus, the freedom of movement can be much desirable. 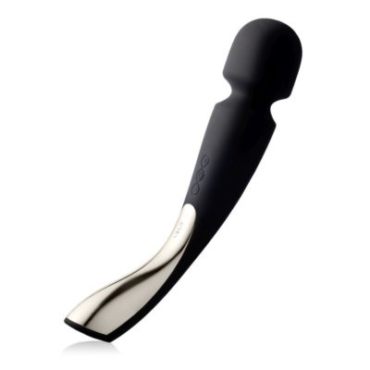 It would probably be a crime to talk about best clitoral vibrators and skip smart wands and massagers. My pick for this category is the Lelo Smart Wand, which looks great, is simple to use, and is practically divine to touch. It isn’t as strong as the Hitachi Magic Wand or other mains powered vibrators/massagers. But if you aren’t an intensity queen, the Lelo smart wand offers several advantages.

The Large variant of the Lelo Smart Wand is fairly powerful, and being battery powered, offers a freedom of movement to go along its deep, rumbling vibrations. It’s also water-resistant, so you can take it to the shower if that’s your thing.

An excellent feature on the Smart Wand is the SenseTouch, technology which works wonders when it comes to getting the right amount of power. Rather than having to press buttons, SenseTouch works with the pressure applied. Greater the pressure applied, more is the intensity of vibrations. Of course, there are also the conventional intensity and pattern buttons from Lelo, should you have no interest in using the Lelo SenseTouch. Plus, if you are not in the mood for a clit massage, the Lelo Smart Wand is amazing at giving you a regular massage.

The wand is also available in a Medium size, with less power than the Large size. It is perhaps best used by beginners or those who are very sensitive. Or maybe if you are looking for slightly more mobility. If you’re confident and know your way around your clitoris, the Smart Wand Large is the natural choice.

Read our full review of the Lelo Smart Wand.

or check the latest discount from LELO

Place the clitoris in the soft silicone cup of the device and turn it on. Though the device doesn’t physically touch the clitoris, it creates a vacuum, which in turn puts a suction effect on the clitoris. More airtight the vacuum, higher is the intensity of stimulation. It’s sort of like carrying around on-demand oral sex, and it is awesome!

See it on Amazon. 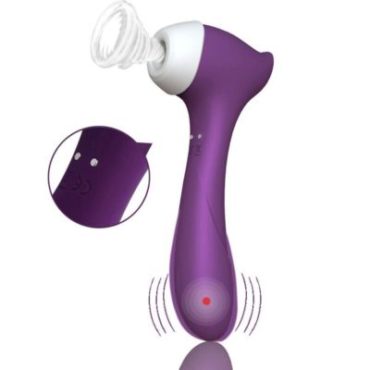 See it on Amazon. 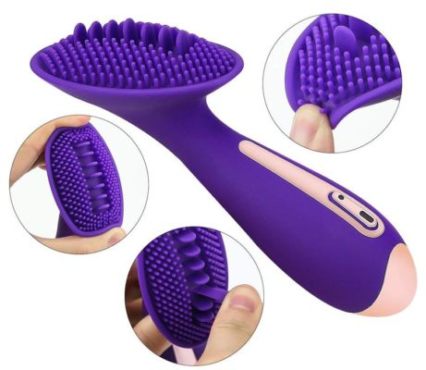 Check it out on Amazon. 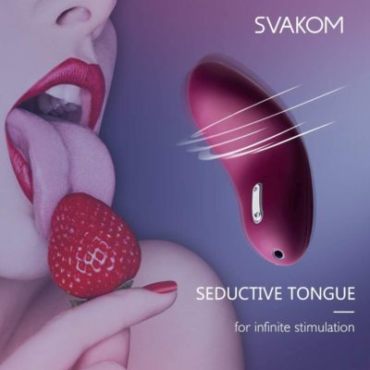 Svakom Echo has a simplistic shape, which allows it to cover a fair amount of surface area, sending vibrations to the clitoris as well as the vulva. Moreover, it is slim enough that you can keep it on the clitoris while you have sex with your partner. It keeps your clitoris stimulated, and also provides a nice sensation to the penis. And of course, it’s excellent for solo play as well. There are five vibration patterns so you can find the one that’s the right fit.

The Echo is largely made from body safe “ABS environment-friendly material”, and is powered by a Lithium polymer battery. It takes one hour to charge the battery, and it offers a playtime of one hour.

Check it out on Amazon. 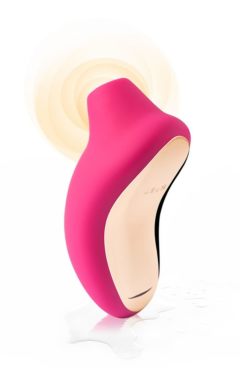 Sona Cruise is one of the non-contact vibrators that have taken the world of clit vibrators by storm. However, unlike others that rely on air-based suction technology to pleasure the clitoris and nipples, Lelo Sona Cruise makes use of sonic (sound wave) technology. According to Lelo, that allows the Sona Cruise to work beyond being superficial, and stimulate the entirety of the clitoris, not just the surface. This leads to the amazing, toe-curling orgasms that Sona Cruise users love.

Basically, the Sona Cruise holds 20% of the battery in reserve. If you press it harder against the body while using it, the Cruise makes use of the stored power to up the ante and deliver a stronger push for orgasm. Many of us do enjoy an extra touch of power when we’re close to orgasm, so the gesture controls of the Lelo Sona Cruise can be quite a blessing.

Check it out on Amazon

Get it on Amazon.

All of the vibrators listed here are super popular and have excellent reviews to go along. Find one that works to your specific needs, and you won’t go wrong. My suggestion would be to go with the classic shape and clitoral stimulation prowess of the Lelo Smart Wand. Should it fail to tickle your fancy, treat yourself to the novel technology and feels of the Womanizer Pro40. That one has got things going in its favor, except its name!