Lelo Nea 2: Do Its Features Go Beyond Its Looks? 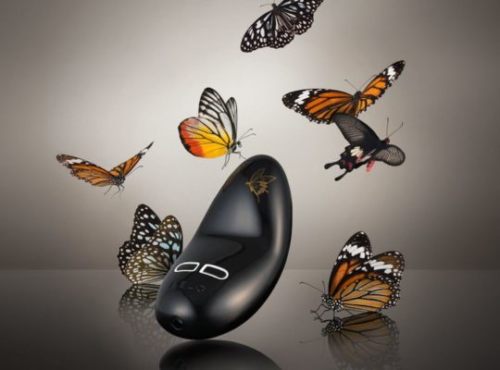 Lelo makes a point to mention, and draw attention to the butterfly and flower design on the Lelo Nea 2. These vibrators have a butterfly drawn near the tip of the in-use side, and flowers on the back. The Midnight Blue color option takes a different turn with flowers represented at both points, while the other color options Obsidian Black and Deep Rose stick to the butterfly-flower pattern.

It’s a rare look for vibrators, and honestly I like it. It sets the Nea 2 apart from the crowd, and gives it a very appealing look. Amazing how a simple touch adds up so beautifully to aesthetics.

Lelo Nea 2 is one of the few Lelo products that give up their usual silicone body in favor of plastic. Nea 2 is built from ABS plastic that is phthalate-free, non-porous and completely body-safe, much like the Lelo Mia 2. Speaking purely in terms of appearance, the use of ABS plastic in its construction lets the Nea 2 have a glossy, shiny body – a look practically impossible with silicone.

Practically though, there’s slim chance that it will stay in place during a lovemaking session. Of course, you could hold it in place, but then it would make much more sense to use something more specifically targeted like the Lelo Noa.

When they say the Nea 2 is twice as powerful as the original, they mean it. If you were to compare Lelo Nea 2 vs Lelo Nea, you’ll not only see the cosmetic changes, but also an evidently greater difference in power. Nea 2 goes all the way from a gentle hum to a thumping rumble, so there is plenty of power and intensity for you to make your best choice.

Given the shape, it would be incorrect to expect pinpointed stimulation from the Nea 2. It does however, provide excellent, deep vibrations that almost certainly pave the way to deep and satisfying orgasms. Of course, there’s always the option of pointing it a bit for more focused vibrations.

Another interesting choice, thanks to the shape of the Nea 2 is that you can place it over the clitoris and vulva. It provides a greater area for stimulation, if that’s what you like, and does prove to be pretty darn effective. As far as clitoral stimulation goes, Nea 2 has all its ducks in a row. It’s powerful, well focused, and almost always certain to bring on an orgasm.

The troubling part, and what most Lelo Nea 2 reviews find, is that the buttons are difficult to press. You have to put in a fair amount of pressure on the buttons, which is annoying when you have a session going and are enjoying yourself. It is all the more difficult if you have long nails, and if you have fake nails, the difficulty level just went to intense. Having lube on your hands or the buttons just makes pressing them more of a trouble.

For example, if you’re stuck with high intensity and demanding patterns, the battery will be over substantially before the four hours are done. It lasts over three hours anyway, and let’s face it, the Nea 2 is intrepid enough to have you orgasm quick enough that it is very unlikely you will ever see the battery end while playing with this sex toy. 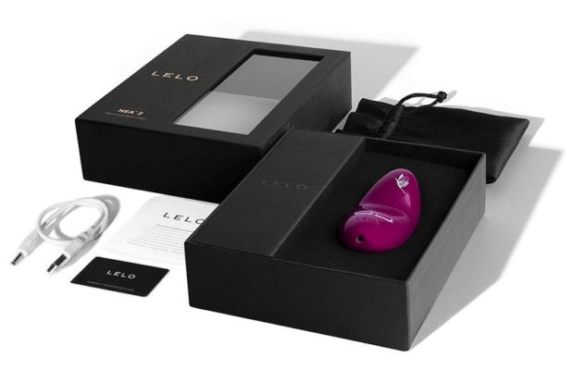 Located outside USA? The best place tor you to buy Nea 2 is the LELO store.